Douglass’ Vision and the Theatre

A Venue for Black Entertainers, Pride for the Community 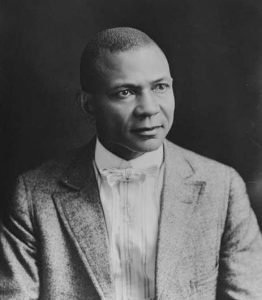 Born the son of a former slave in 1870, Charles Douglass grew up in a one room house built by his father. Working as soon as he was large enough to earn money, he peddled light wood and vegetables in the morning, attended school in the afternoon, and chopped cotton for fifteen cents a day.

In a time of racism and segregation, Douglass saw opportunity in serving the black population of Macon. In 1898 Charles Douglass entered into the bicycle repair and renting business and did well until the automobile craze came. In 1901, Douglass worked as the director of the Georgia Loan and Savings company. There he met his future wife Fannie, who was an assistant cashier.

Organizing the Florida Blossom Minstrels and Comedy Company in 1907 made him very familiar with the minstrel circuit of entertainers. He also took advantage of TOBA (Theatre Operators Booking Agency) – a network of over 40 theatres — which was the major source of employment for many black performers.

The Douglass Theatre was the premier movie theatre and vaudeville hall open to African-American citizens in the city. The facility hosted early jazz and blues greats such as Ida Cox, Bessie Smith and Ma Rainey and comedy stars such as Butterbeans and Susie while at the same time running feature-length films and serials popular in theatres throughout the country. During the 1920’s, the theatre was an important venue for early African-American films written and produced by blacks for black audiences as well. Musical stars such as Cab Calloway and Duke Ellington filled The Douglass before moving on to the city auditorium in the 1940’s.

By early 1960’s, The Douglass Theatre became a showcase for new musical talent such as Little Richard and James Brown.

The Douglass closed its doors in 1972 after showcasing diverse entertainment for more than fifty-two years.

The Douglass reopened on January 11, 1997. The Douglass now serves all races and cultures with events, films and performances.